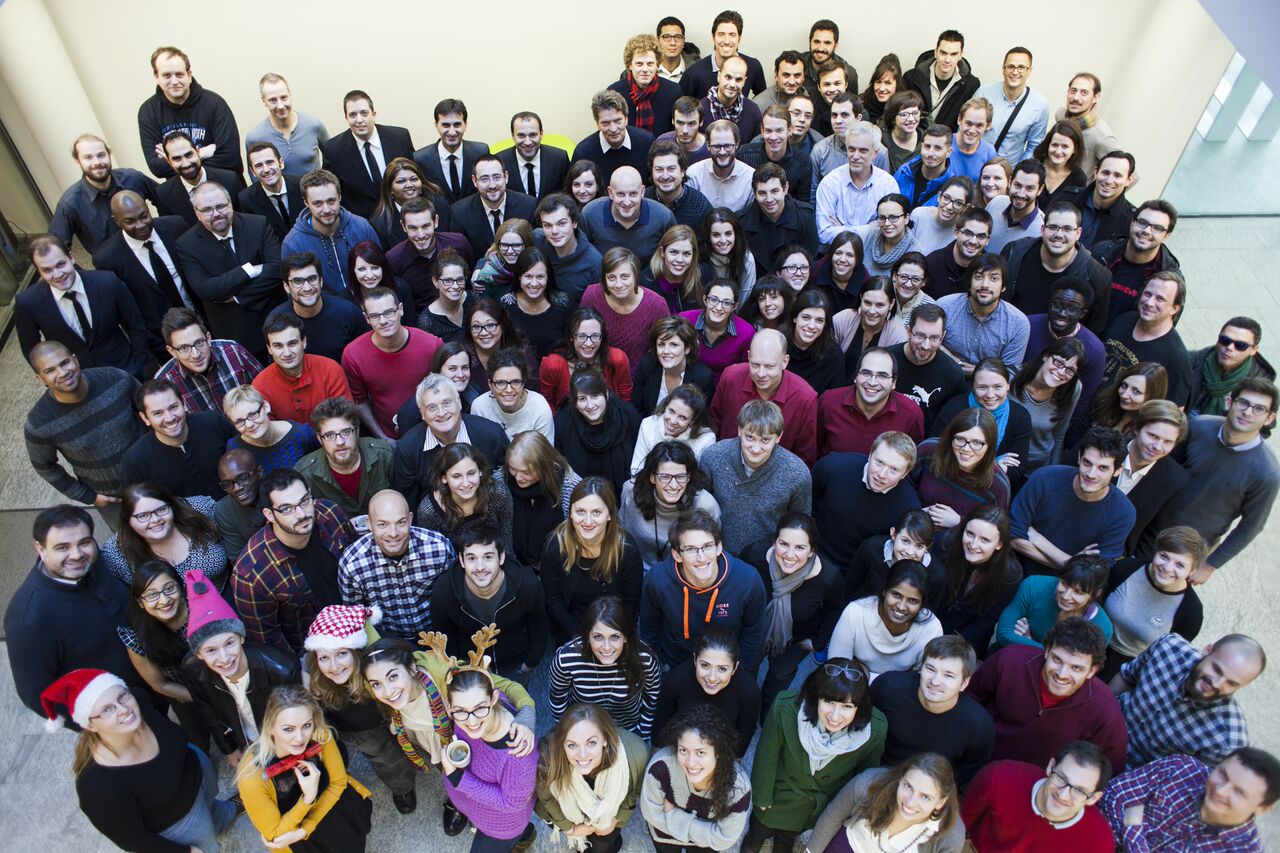 As a large organization, aligning goals and priorities across teams, departments, and locations, in a transparent way, is a top priority. We have certainly seen an increase in OKR expertise and team engagement. We are now setting a new pace of work, talking more, and focusing on what is most important.

Frontiers is a leading Open Access Publisher and Open Science Platform based in Switzerland with the mission to build on successful science and make it even more powerful through increased accessibility. With journals led and peer reviewed by editorial boards of over 150,000 top researchers, and with content spanning more than 800 academic disciplines, Frontiers’ open and accessible articles have reached more than one billion people and have been noted in over 1.6 million citations.

When organizations first learn about the radical benefits that OKRs have to offer, it is not uncommon for teams to jump the gun and want to hit the ground running. Typically this means that a few team members read John Doerr’s book, “Measure What Matters”, and then work to immediately implement the methodology across their organization. Although these attempts are ambitious and have the best intentions, they often fall short due to a lack of OKR experience and expertise. Implementing OKRs for the first time is not only a strategic shift, but it also requires a radical organizational culture change.  Like any organizational change, implementing a new goal strategy like OKRs can be a daunting task, especially for larger organizations, as it requires addressing and breaking bad habits, as well as introducing new routines across the company. For this reason, seeking external support can help organizations to see the forest through the trees during this cultural shift and give them the expertise and clarity they need around their OKRs and initial goal rollout in order to be successful.

As an organization that experiences exponential year-on-year growth, Frontiers is mission-oriented and data-driven. They quickly identified that there was an opportunity for improvement and decided to reach out to OKR experts to ensure their increasing number of employees (500 at the time) were all trained in successful OKR creation, tracking and reporting.  “We had launched an OKR system earlier, but realized we could be optimizing the process,” noted Giovanni Lippi, the Chief Planning Officer at Frontiers. At the time, there were pockets of  OKR knowledge across the organization, and goals were tracked loosely using Powerpoint; however, the processes around goal updates and planning cycles were inconsistent. The Frontiers leadership team acknowledged that they could heighten the organization’s alignment and achievement by improving their existing goals process, and decided to invest in the necessary resources to rejuvenate their OKR program.

Lippi was on a mission to optimize Frontiers’ OKR process when he connected with the leading OKR experts, There Be Giants (TBG), who specialize in OKR implementation to scale leadership and drive growth. Lippi and the Frontiers team worked with TBG to optimize their OKR process, and the engagement was a success.  TBG developed a dedicated and customized training program that was unique to Frontiers. The process began with TBG first reviewing the fundamentals of OKRs with the Frontiers leadership team and then worked with the organization to establish OKRs and develop an understanding of the OKR planning process. This included individually coaching team leaders on OKRs to enable them to carry the OKR process moving forward. The overall engagement gave Frontiers the knowledge, experience, and strategy they needed to have a solid OKR foundation to build on in future planning cycles.

Following their work together, Frontiers’ OKR process was transformed by TBG’s expertise and strategy. Lippi explained the results of Frontiers’ work with TBG saying, “We implemented the methodology with a far more structured approach with TBG, and by the time they left, we had concrete and actionable items in place. Great progress was made”. By engaging with the OKR specialists at TBG, Lippi and his team were given the tools they needed to thoroughly understand OKRs and to create and implement them time and time again come future planning cycles. “The percentage of the organization who now understand and are able to contribute to our goals increases by the day. Our confidence in using OKRs to achieve our goals has increased and continues to do so” concluded Lippi. Frontiers found that bringing in an objective third-party OKR consultant not only introduced OKR expertise into their existing process but also helped the organization to identify and tackle blind spots they otherwise would not have seen. By investing in an OKR expert up-front in the early stages of their OKR journey, Frontiers was able to lay down a solid foundation of OKR knowledge that has helped to propel the organization forward and stay focused and aligned on strategic initiatives that have greatly impacted the business.

In addition to engaging with TBG when seeking to refresh their foundational OKR knowledge, TBG also suggested that they implement an OKR software tool to help them sustain their OKR process moving forward. Building in a way for employees and teams to easily and routinely update and report on their goal progress is essential to a successful OKR roll-out because it ensures that OKRs are embedded in day-to-day work and that they aren’t forgotten about mid-cycle. In light of this, Frontiers implemented Koan to have a designated place to record and track their OKR progress as well as to establish a routine around their OKRs that would be sustainable quarter to quarter.

“Before using Koan, we had limited  OKR visibility across the company and we needed to add credibility into our OKR process,” shared Lippi. The team has now integrated Koan into their routine planning process as well as mid-cycle using Koan’s confidence ratings feature that enables individual contributors to proactively share OKR feedback and to raise and address red flags before they impact quarterly progress. “Koan has become our unambiguous go-to place for both recording and viewing updates,” noted Lippi.  Having Koan to openly publish their OKRs as well as clearly assign leads and contributors to specific key results helped their team to have structure and clarity around their high-level goals and priorities. Frontiers also uses Koan in bi-monthly all-hands meetings to inform the whole company of progress and priorities.

After implementing Koan in-step with their rejuvenated OKR process, Frontiers immediately began to see the benefits of having a foundational knowledge of OKRs in addition to having a designated OKR tool like Koan to increase transparency and track their progress. “As a large organization, aligning goals and priorities across teams, departments, and locations, in a transparent way, is a top priority. We are also in quite a dynamic and strong growth phase, and we needed better control of all the goals in focus, and alignment among those,” noted Lippi. After having engaged with both TBG and Koan, the organization has been able to increase in alignment, transparency, and team collaboration around goals. “We have certainly seen an increase in OKR expertise and team engagement. We are now setting a new pace of work, talking more, and focusing on what is most important,” concluded Lippi.

Ready to get started?